31 July 2020 | Amsterdam, NL – This month marks the fourth anniversary of a historic stem cell moment at the International Space Station. Experiments began on the first-ever use of human induced pluripotent stem cells at microgravity to study the effects of spaceflight on human heart function. That study was led by Joseph C. Wu, cardiologist and stem cell researcher at Stanford University and Associate Editor of StemJournal. In this blog post, Carmel McNamara takes a look back at this achievement.

Amsterdam, NL – This month marks the fourth anniversary of a historic stem cell moment at the International Space Station. In July 2016, experiments began on the first-ever use of human induced pluripotent stem cells (iPSC) at microgravity to study the effects of spaceflight on human heart function. That study was led by Joseph C. Wu, cardiologist and stem cell researcher at Stanford University and Associate Editor of StemJournal. In this blog post, Carmel McNamara takes a look back at this achievement.

The timing of this moment of reminiscence, looking back at Dr. Wu and colleague’s novel study, coincides with another historic occasion. This weekend, SpaceX's Crew Dragon spacecraft will make the return journey from the ISS – due to make splashdown off the coast of Florida on Sun 2 Aug. This is the first time in history that a commercial aerospace company has carried humans into Earth's orbit and it is likely to lead to an increased amount of research – and the capability for more varied experiments – being carried out on the space station.

Since the launch of the International Space Station (ISS) in 1998, thousands of experiments have been carried out on board. The results of one of the earliest first stem cell experiments on tissue regeneration in space was published in 2014 by Elizabeth Blaber (NASA) (see here). Recent stem cell investigations have included a study by Mary Kearns-Jonker et al. (Loma Linda University) on cultured human heart stem cells, or cardiovascular progenitor cells, an investigation by Oliver Ullrich and Cora Thiel (University of Zurich) on the production of human tissue under weightlessness conditions – the first samples of which will be available for analysis by the end of Aug 2020 (more details here) – and research by Valentina Fossati (NYSCF) and Andres Bratt-Leal (Aspen Neuroscience), in collaboration with NCSF and Space Tango as part of the Stem Cells in Space Alliance, of the first 3D models of Parkinson’s disease and multiple sclerosis made from patient stem cells to be studied in microgravity (update Feb 2020 here).

The investigation by Joseph C. Wu’s team at Stanford, which included Alexa Wnorowski and Arun Sharma, looked at the effect of microgravity on the heart cells’ structure and function. At the time, relatively little was known about the role of microgravity in influencing human cardiac function at the cellular level. They examined cell-level cardiac function and gene expression in human heart cells cultured aboard the ISS. The outcome was that the heart muscle cells showed remarkable adaptability of the cells to their environment both during and after spaceflight, according to the results of the study published in Nov 2019 (see here).

At the time of publication of the research results, Dr. Wu explained the unique aspects of the approach: “Our study is novel because it is the first to use human induced pluripotent stem cells to study the effects of spaceflight on human heart function.” He continued: “Microgravity is an environment that is not very well understood, in terms of its overall effect on the human body, and studies like this could help shed light on how the cells of the body behave in space, especially as the world embarks on more and longer space missions such as going to the moon and Mars.”

Delivery of stem cells by SpaceX

The study, which demonstrated that it is possible to conduct long-term, human cell-based experiments in space, was only possible with the work of NASA astronaut Kate Rubins during her first mission to the ISS (she is due to undertake her second mission this October, see here).

Prior to the spaceflight, the research team generated human iPSC lines from three individuals by reprogramming blood cells, and then differentiated them into human iPSC-cardiomyocytes CMs (hiPSC-CMs). Then, the beating hiPSC-CMs were launched into low-Earth orbit aboard a SpaceX spacecraft as part of a commercial resupply service mission. The cells arrived at the ISS courtesy of the SpaceX CRS-9 missing on 22 Jul 2016, as announced on the NASA website here. Simultaneously, ground control hiPSC-CMs were cultured back at Stanford for comparison purposes.

Following the mission, the researchers found that the cardiomyocytes cultured on the space station exhibited different patterns of gene expression than did the controls grown back on Earth. They stated in the published paper: “Human heart muscle cells, like the whole heart, change their functional properties in spaceflight and compensate for the apparent loss of gravity by altering their gene-expression patterns at the cellular level.”

Heart cells normal back on Earth

Interestingly, upon return to Earth, space-flown hiPSC-CMs showed normal structure and morphology, though they did adapt by modifying their beating pattern and calcium recycling patterns. The fact that the cells were found to return to normal after their stint into space came to an end must have been very reassuring news for Dr. Rubins and fellow astronauts.

“We're surprised about how quickly human heart muscle cells are able to adapt to the environment in which they are placed, including microgravity,” Dr. Wu explained. “These studies may provide insight into cellular mechanisms that could benefit astronaut health during long-duration spaceflight, or potentially lay the foundation for new insights into improving heart health on Earth.”

Knowledge gained from the team’s investigation could lead to a better understanding of cardiomyocyte function and improved models of cardiovascular disease.

Next steps for cells in space

We caught up with Dr. Wu to find out if there as any more spaceflight on the horizon. "Building on our knowledge from our previous science mission where we tested the effects of microgravity on human iPSC-derived cardiomyocytes, we are currently working toward launching our 3D engineered heart tissue platform on a planned SpaceX mission to the International Space Station later this year." comments Dr. Wu. "Adaptation to microgravity environment long-term may affect stable cellular function in multiple cell types of the heart. A deeper understanding of microgravity-induced effects could lead to discoveries that help improve life on earth and derive measures to counteract any adverse impact on the cardiovascular health."

(Credit for cover image at the top of the page: Stem Cells in Space Alliance)

Watch the video of Dr. Wu and Dr. Sharma speaking in an interview with SpaceX back 2016 below: 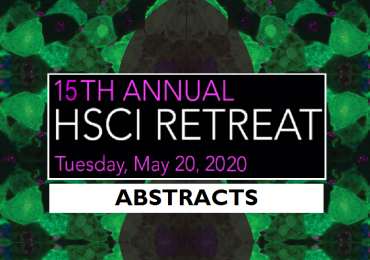 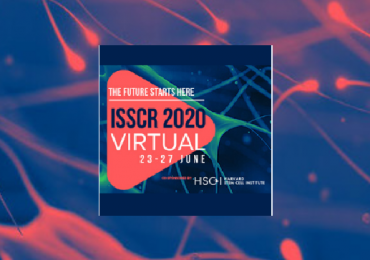 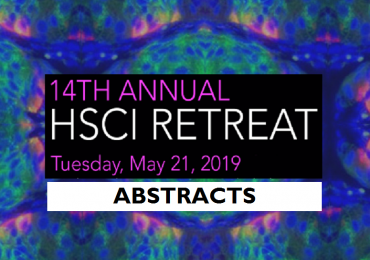